According to the research, 65% of governments will report on an accrual basis by the end of 2023 – today, that figure stands at 25%. With many of these changes happening in Asia, Africa, Latin America and the Caribbean, accrual accounting will encourage these governments to report their finances in a more transparent and culpable manner.

Most European countries either use the accrual method already or are in a process of transition – with the exception of Germany, the Netherlands and the Republic of Ireland, as well as some southern Slavic countries such as Serbia and Bulgaria. By 2023, Serbia is projected to have adopted the accrual system along with Portugal (which is in a transitional phase at present).

What is accrual accounting?

Accrual is one of the two main schools of accounting – the other being cash. The cash accounting system means that transactions are recorded only when money changes hands – if a transaction occurs in one accounting period but the invoice is not settled until another, nothing is recorded until the transaction is fulfilled in the latter period. This method is typically used by small businesses as it requires no advanced accounting skills to maintain, and is a simple system of cash-in, cash-out.

Cash accounting has also historically been favoured by many governments for its simplicity and cost-effectiveness; government accounting entities are often dispersed across a country, and need to keep track of a large number of departments and administrative bodies. By favouring a cash system, finances can be organised by a multitude of government employees who don’t need to be especially skilled at accounting.

By contrast, accrual accounting is a system of recording income and expenses as they are incurred, regardless of when they are settled – it is a method of matching revenue and the costs associated with earning it during a given accounting period. This allows for a more accurate picture of profit levels; under a cash system, an entity that generates multiple sources of revenue in one accounting period – but doesn’t actually receive payment from any of them until much later – would record no income earned in the initial period. Thus, a skewed picture of financial performance can emerge.

Reporting on an accrual system can allow governments a clearer view of their own balance sheets, and enables clear comparisons between public and private sector finances. It also allows for greater transparency and accountability, as a cash system can obfuscate financial reporting by representing a disconnect between the real flow of money and the activities that generate or deplete it.

“Accruals-based accounting and auditable financial statements are essential if governments are to promote trust and transparency, identify and fight corruption, and above all deliver the outcomes their citizens expect and deserve,” said the Chief Executive of CIPFA earlier this month.

European governments and reporting on accrual

The IFAC/CIPFA report states that “Based on the information available, we estimate that the number of [European] governments on accrual will double to 24 total over the next five years.”

Many major European countries already perform their accounting via the accrual method, including the United Kingdom, France, Belgium, Spain, Switzerland, Austria, Finland, Sweden, Denmark, and others; many more are expected to follow suit by 2023 as mentioned above, along with other countries such as Poland, the Czech Republic and Slovakia.

A harmonised, continent-wide adoption of accrual-based financial reporting is being proposed by the European Commission in the form of the European Public Sector Accounting Standards (EPSAS) scheme, although not every nation is on board with the idea; Germany, in particular, has been vocal in its disagreement, citing high costs, incompatibility with existing German cash-based accounting systems and doubts over the effectiveness of the EPSAS principles.

“According to estimates made by the Commission, the costs of implementing EPSAS in Germany alone are expected to amount to €3.1 billion,” the German federal auditor (Bundesrechnungshof) said last year. “However, the reliability of such estimates is doubtful. We believe that the actual financial burdens will be higher.”

They also expressed, in an accompanying press release, their view that “harmonising public-sector accounting based on compulsory standards – which is the approach adopted by the Commission – does not serve the goal of putting in place sustainable public budgets.” 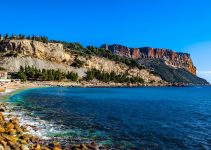