The European Commission has announced controversial plans to tax major internet companies, and is taking action to recover billions in back taxes.

The EU has long been frustrated at the slow progress of international talks on making internet giants, including Google, Facebook and Amazon, more accountable to taxes.

This latest move represents a break from these talks. The Commission has touted three potential EU tax plans, to be undertaken without the consent of its allies – or certain member nations.

Countries such as Ireland and Luxembourg, whose economies rely heavily on housing large internet companies in exchange for tax breaks, would not have a say in applying new EU tax laws.

A compromise agreement will be necessary before any plans can go ahead. However, the Commission plans to use little known rules which allow vetoes to be stripped from certain nations on tax votes, another source of controversy.

The three proposals are a tax on regional turnover rather than profits; a levy on online advertising revenue; and a withholding tax on payments to internet companies.

On top of the proposed amendments to EU tax laws, the European Commission is also seeking 250 million euros in back taxes from Amazon, which it is deemed to owe to Luxembourg.

The Commission is also taking Ireland to court over its failure to reap 13 billion euros in taxes from Apple. Both deals are deemed to have been struck illegally under EU state aid rules.

The EU’s ultimate aim is to prevent large companies from abusing residency and physical property loopholes.

These are currently perceived as giving them an unfair tax advantage, allowing the companies to only report and tax profits in the locations of their choice, despite selling to dozens of nations.

According to European Commission VP Valdis Dombrovskis, “the EU must prepare to act in the absence of adequate global progress”. This bullish approach follows on the back of the Commission’s competition investigations into businesses including Google, Amazon and Apple.

Efforts have been made to reach an agreement through the OECD, which includes the United States and Japan, but these have so far been unsuccessful.

Some critics have cited a potential breach of WTO rules, including a risk of double taxation. Others have suggested the move imperils both the presence of popular services in the EU and the support of the US, where many of these businesses are based.

The American Chamber of Commerce has already publicly denounced the plans, stating that they will inhibit growth and stymie international efforts at reducing tax avoidance.

The first compromise agreement is expected to be reached by December. There is a possibility that the vote will take place on a majority rather than unanimous basis, another special power.

We’ll endeavour to bring you the latest on European tax and accountancy laws. For more information on this or any other accounting issue, do not hesitate to contact us. 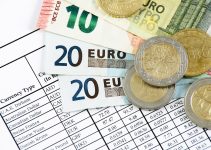