French President François Hollande, whose government has finally relented on the ‘tampon tax’

Campaigners seeking tax exemption for feminine hygiene products have long been frustrated by the lack of movement on what they see as a straightforward issue. As they are not exempt under European Union laws, EU countries have to charge a minimum of 5%, and many still opt to charge far more. In France an appeal to lower this ‘tampon tax’ from 20% to 5.5% was rejected in October 2015, having been decried by Francois Hollande’s notably austere government for the projected loss of significant tax revenue.

In the UK, where value added tax (VAT) on sanitary products was lowered to 5% over a decade ago, campaigners continue to press the issue. They cite the hypocrisy of exemption on impotence medication, as well as the free provision of condoms through the NHS and the zero-rate of cakes and confectionary. Yet a Parliamentary motion in October 2015 failed to pass, with opponents pointing to difficulties negotiating a new law with the EU while bartering for other changes to its membership. That very same month, Australia’s states and territories failed to achieve the necessary consensus to change the current 10% goods and services tax (GST).

Things are looking up, however, and progress seems to be coming remarkably quickly. It was arguably Canada that got the ball rolling. Canadians had a similar objection to the tax dispensation for candy and not vital sanitary products, and made a concerted effort to win over then Prime Minister Stephen Harper’s conservative government. A well-publicised media campaign and pre-emptive discussions with government figures led to massive popular support for the idea, and a previously dormant Bill was picked up and put into law in July 2015. The baton was quickly passed to their nearest neighbours: the United States.

Five US states don’t currently tax feminine hygiene products on account of not having any sort of sales tax, and six more now have exemptions, with the state of New York making the move in April 2016. That, of course, leaves 39 states that still impose a ‘tampon tax’. The first four months of 2016 all saw bills introduced in various state legislatures to change the law locally, and has been debated in Michigan as well as predominantly Republican states Illinois, South Carolina and Tennessee, a party typically seen as slow to change its stance on women’s issues. In California the proposal has passed Senate approval, while a bill has also passed into law in the city of Chicago, under the mayorship of Obama’s former Chief of Staff Rahm Emanuel. The impetus is now on the EU to change, and it appears to be underway. Seen as a gambit by the UK government to win over Brexit supporting backbenchers, then Prime Minister David Cameron claimed he had successfully negotiated for member states to set their own tax exemptions. This seems to have been a collaborative effort however, with other countries also seeking greater flexibility. While they likely had different and ulterior motives, the changing tide and similar precedents should make for cautious optimism.

Having taken particular umbrage at the disparity with VAT on condoms, which sits at a mere 5.5%, French campaigners now have cause to celebrate. In December 2015 the government performed a U-turn on the issue, saying it had “found the money” to lower the tampon tax to the same value. For many other countries, cultural and political factors still present a barrier to both sexual health and hygiene. Tampons and condoms are both taxed at 22% in predominantly Catholic Italy, while in cash-strapped Spain both sit at 10%. In Germany, where they are both taxed at 19%, the biggest worry is over the imminent end of a ‘dream’ system of uniform VAT rates across Europe. In short, when one tax topples, the other is likely to follow.

Where there was no possibility for EU countries to lower VAT below 5% before, plans are now in motion to change this as soon as late 2016 and enkindle a wider debate across the continent. Online campaigns have already reached beyond their localities, bringing the focus of politicians and the public onto a wider issue affecting more than half of the population. With countries like Ireland already spearheading zero-rate VAT on feminine hygiene products, many millions of women can look forward to the long-overdue demise of one significant inequality. 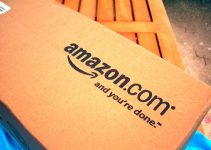