Each member state’s national VAT legislation must comply with the provisions of the EU VAT law as set out in Directive 2006/112/EC. This Directive sets out the basic framework for EU VAT, although there is flexibility regarding the implementation of such legislation. For example, different rates of VAT are allowed in different EU member states.

Member states are required to have a 15% minimum standard rate of VAT under the Directive 2006/112, in addition to a few reduced rates – which are not to dip below 5%. Some member states also have a 0% VAT rate on certain supplies which is agreed as part of their EU Accession Treaty (for example, this applies to newspapers and certain magazines in Belgium). The current maximum rate in operation in the EU is 27% (Hungary), though member states are free to set higher rates.

There are two forms of chargeable VAT: The VAT that is charged by a business and paid by its customers is known as “output VAT”. VAT that is paid by a business to other businesses on the supplies that it receives is known as “input VAT”. A business is generally able to recover input VAT to the extent that the input VAT is attributable to its taxable outputs. This is done by setting input VAT against the output VAT for which the business is required to account to the government, or, if there is an excess, by claiming a repayment from the government.

Exemptions for certain goods and services are stated within the VAT Directive (prior to 1 January 2007 referred to as the Sixth VAT Directive). This includes postal services, medical care, lending, insurance, betting and more. These exemptions are subject to the legislation of each EU member state, and each country can choose to charge VAT on these services should the national government see fit. Input VAT that is attributable to exempt supplies is not recoverable. This can be covered by a business by increasing its prices so that the customer effectively bears the cost. This unrecoverable VAT is known as ‘sticking’ VAT and occurs when the effective rate is lower than the headline rate, depending on the balance between previously taxed input and labour at the exempt stage. 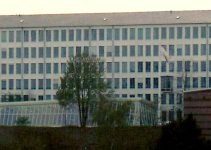 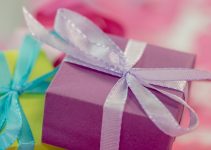